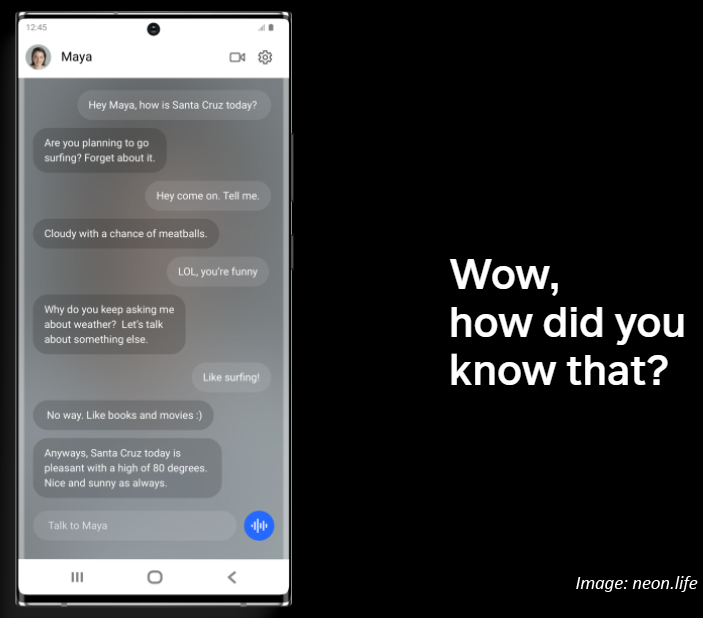 Some years ago, during my tenure as an AIIM trainer, I would regularly feature a technology called Sixth Sense in my classroom sessions. Then under development at the celebrated MIT Media Lab, Sixth Sense made it possible to share and interact with information by projecting it onto any surface.

The point I would (and still do) make concerns the impact of such a technology on our ability to secure this data given that it could be shared anywhere, with anyone, on a wall or hand or other “free-range” medium. Turn off the technology, and the “leak” goes away.

Today, the PhD candidate behind the technology, Pranav Mistry, is CEO at NEON, the first venture of STAR Labs, which is an independent future factory of Samsung. According to their Web site, NEON is “a computationally created virtual being that looks and behaves like us” – in other words, a 2D virtual person.

I mention this because, besides wanting to celebrate a truly remarkable mind, my original concern has now extended beyond “You saw it where? On the side of a building?” to “Who told you that?” In the current virtual working environment, it would be easy to mistake one of these avatars for an actual human, and thereby give new meaning to the words “plausible deniability” to information criminals and fake newsmongers. After all, it really wasn’t them who dunnit!

The bottom line is that technologies like Sixth Sense and NEON are creating amazing new ways to interact with information. But as so often is the case, they also are making our jobs as information professionals ever more complicated by thinning the barrier between humans and machines. My sixth sense says that this is a trend we must not ignore. What says yours? 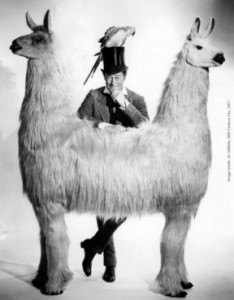