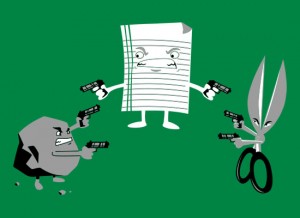 Think of nearly any established market, and I bet only two dominant players instantly spring to mind in each one:

In more vibrant spaces, you there may be three or four:

And in truly emergent markets, like as not, there aren’t ANY.

Or rather, there are MANY. Some large, some small. Some contenders, some pretenders (no, not naming names here).

Such as is the case in Information Governance.

As an IG customer, part of your job is to try to calculate which is which, and which will end up as a survivor. And this isn’t easy, as early indicators and mid-lifecycle experiences ultimately can be proven deceptive (see: Documentum, FileNet).

The thing to remember is that this is only PART of your job. The other part centers on the selection and use of best practices, tools, and technologies that address the business problems you are trying to solve. And of the two, this is by far the more important.

If you spend too much time worrying about which newcomer will last, or which “usual suspect” will falter, you’ll only extend the timeline for and difficulty of your eventual solution.

So focus instead on who’s got what capabilities, subscribes to which philosophies, and best suits your needs. Only then take a pause to consider their life expectancies. And know in your heart that if their value propositions are there, it’s likely they’ll be among the top four, or three, or two in the end, in one form or another.