You Are Here Home : Weissman’s World Blog : When Improving Processes, Anticipate Circumstances Beyond Your Control 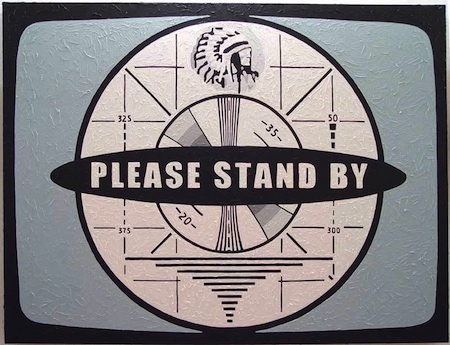 We spend a lot of time advocating for process improvement everywhere we can – the proven thinking being that even the best information available loses value if it can’t be effectively shared and leveraged. But there’s one element that consistently goes missing that warrants special attention: the need to anticipate circumstances beyond our control and to prepare for what happens when those improvements end up backfiring.

Here’s a real-life example of what I mean.

My driver’s license was up for renewal, and I wanted to get one of those new REAL IDs so I don’t have to bring my passport every time I fly domestically. (How very Soviet of us!). Because I’m a card-carrying member of the auto club, I could do the deed at AAA instead of the notorious Massachusetts Registry of Motor Vehicles, and thereby save myself a fair bit of driving and waiting time.

The AAA web site properly linked me to the Registry’s online form, and after filling and printing it, I gathered all the supporting documentation I needed. At this point, I noticed the form said the Registry couldn’t verify my passport as being in good standing. This struck me as odd since I renewed it only last fall. So I knew the passport was good; I just figured this was the Registry’s way of saying I needed to present myself in person to prove I am actually me.

If only it were that simple!

The New Process Worked – Except for When it Didn’t

Turns out, the Registry’s computer system can’t actually read the newer passports, so when AAA scanned it into their Registry-connected workstation, they got the same error message I did. “It’s not us, it’s them!” the nice lady cried. “And I’m so sorry, but there’s nothing I can do.” As such, it was a circumstance beyond our control, and the workaround was for me to scurry home to get my birth certificate in order to complete the transaction.

Now, this wasn’t a big deal in the scheme of things since there was a ready fallback. But it took a lot of (especially my) time to work the problem, and it was abundantly clear that while each participant focused well on their own part of the process, nobody looked the flow as a whole.

So what was conceived to be a truly excellent process improvement turned out to be a perfect example of what can happen when you don’t have control over that process from end to end. Was it AAA’s fault? Certainly not. Was it the Registry’s fault? It’s convenient to say Yes, but we don’t really know, as it could have been a change on the federal passport agency’s end that caused the system to break.

The point is: we don’t really know, and it’s an issue that seems like one that could, or should, have been anticipated. So instead of speeding me into the process and kicking me out the other end, it ended up wasting everybody’s time: mine, the nice lady’s, and that of all the people waiting to see her next.

But hey – I didn’t have to go to the Registry itself, so I guess that’s something.