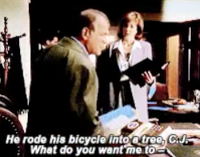 A new study commissioned by The Rockport Group has found that 61% of professionals surveyed would rather meet while taking a walk than not (per Boston Business Journal). Rockport, of course, is in the footwear business, so the cynics among us might think this result was somehow preordained. But it does stand to reason that more people will want to walk-and-talk after so many months of pandemic-related indoor isolation. And when they do, what effect will it have on your infogov program?

Adding to the overall fun, the BBJ further reports that “it’s not just meetings. The national survey of 1732 adults showed that professionals are not only motivated to get their steps in, they feel comfortable doing so even at work — with 74% agreeing or strongly agreeing that they have no concerns stepping away during the day.”

The impending appearance of so many free-range workers means it is imperative that your infogov strategies and policies start taking this into account now. My guess is that you’re already on this path thanks to the work you’re already doing under the umbrella of mobility. (You are already doing this, right?!) But walk-and-talk meetings and “while you’re out stepping” conversations bring this to another level since you’re now talking specifically about untethered, in public environments.

So let me end back where we started: What effect will walk-and-talk meetings have on YOUR infogov program?

*Sorkin is generally acknowledged as popularizing the “walk and talk” shooting technique through his use of it on the television programs Sports Night and The West Wing.