You Are Here Home : Weissman’s World Blog : Iron Mountain Does the Hokey Pokey

Iron Mountain Does the Hokey Pokey 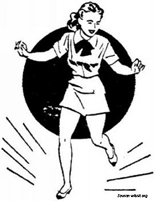 Iron Mountain today announced it has entered into a definitive agreement to sell Autonomy its online backup and recovery, digital archiving, and e-discovery solutions.

The $380 million cash deal is expected to close in 40 to 60 days and is the latest in a series of intentions and innuendos that had the company first leaving these business, then remaining in them, and now, apparently, both.

In fact, the move is entirely consistent with information provided by Iron Mountain Senior VP John Judge at a recent AIIM New England Chapter meeting, where he explained that the company essentially is getting out of the software development business but continuing to serve customers with software it licenses instead.

So it’s both in and out.

If you’re one of those customers, you’d be less than human if you didn’t wonder just what today’s move means to you. You did the diligence, you selected the vendor, and now you need to explain what’s happening to your bosses and employees.

It’s too early to push any panic buttons, and, in fact, it’s likely that you won’t have to push any at all. But today’s transaction illustrates how difficult it can be for vendors long established in one space to migrate into another, and to clearly define while they try what business they’re actually in.

Iron Mountain is trying mightily, if awkwardly, to pull this off, and it just may succeed if can deftly license back the software it is now selling off. But it can only work if there’s no impact on you, the customer – and that’s the real dance the two companies need to do most.

Got questions about your dance partners, or how to choose them? Drop me a line and let’s boogie together!