To CIP or not to CIP? That’s no longer the question

Home / To CIP or not to CIP? That’s no longer the question

To CIP or not to CIP? That’s no longer the question

I have been tracking with some interest lately a number of discussions (online and otherwise) about just how “real” AIIM’s new Certified Information Professional (CIP) designation actually is, and it’s been interesting to see the consensus move from “the what?” to “yeah, I’m looking at that now” and the start of “yes, I’ve got mine!”[callout title=See the Slide Show]CIP Prep:

Why Train? Why Now?[/callout]The most common opinion today is that the CIP has gotten quickly off the ground but is still flying well below most organizations’ radar. Interestingly, even the most early adopters are not troubled by this, as they understand that no professional certification was ever instantly recognized. Even such leading lights as PMP, CRM, and CDIA+ all took time to gain traction, and the expectation is that the CIP will too.

Signs of the Time

Having said that, it is interesting to note that, according to AIIM, more than 500 people earned the CIP in its first year. By way of comparison, only 58 people earned the PMP the first year it was offered. To be sure, the PMP is something of a different animal in terms of its requirement that the candidate have some real-world experience before sitting for the exam. But a multiple of 10 is not insignificant, and it bodes well for the CIP going forward.

It is also validating to see that the US Department of Labor now lists the CIP as a potentially career-enhancing credential on its careerinfonet.org Web site. And reports are beginning to circulate about hiring managers who are now listing the CIP as something they’d like to see their job candidates possess.

Closer to home, I can tell you that a great number of my client conversations these days includes some discussion of the need for education and training. In some cases, organizations simply want their salespeople to pass the CIP exam so they can put the magic three letters on their business cards. But most often, they want to establish some sort of baseline of knowledge that they then can use to evaluate the performance and effectiveness of their employees and, increasingly, their business partners.

A Rare Opportunity to Lead the Pack

In many cases, these initiatives are being pursued in support of new initiatives aimed at boosting overall quality: of product, of service, of personnel. In an economy that continues to sputter, and in a management discipline that is centered on what often is highly commoditized technology, the greatest competitive differentiators tend to lie with the people – and the better trained those people are, the better job they can do, and the greater the competitive advantage they can achieve.

So here it is: if you’ve heard of the CIP and are wondering whether it’s worth earning, wonder no more. Yes, it has yet to achieve the high profile of some of the other designations floating around. But it is gaining momentum here in its early days, and those who pass the exam now will be far ahead of those who don’t when the designation begins showing up in government RFPs, job descriptions, and resumes in general.

Ready to get your CIP certification? Ensure you are properly prepped! Organize a class now for yourself and your organization by sending me an email or giving me a call at 617-383-4655. Be sure to ask about our compelling volume group rates!

Embracing ‘Unformation’: The Difference is Clear

CIP Dies, Then Gets Better: What This InfoPro Thinks About That 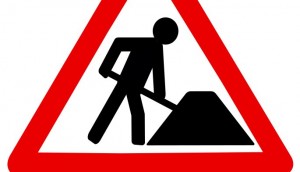